Musiala: 'Big honour to be compared to Messi' Jamal Musiala admits being compared to Lionel Messi is a "big honour" as the Germany midfielder prepares for his World Cup bow.

The 19-year-old's 15 goal involvements are the most registered by any teenager across Europe's top five leagues and just two shy of Messi's tally for Paris Saint-Germain (seven goals, 10 assists).

"I think it's a big honour to be compared to Messi," said Musiala, who will hope to feature in Germany's Group E opener against Japan at the Khalifa International Stadium on Wednesday.

"He has been playing at the top level for his entire career. It's always hard to compare yourself to others. I prefer to focus on myself and on where I can improve.

"It's important to remain relaxed about what's happening and to not put too much pressure on yourself. You also have to have some fun, and then everything will work out. 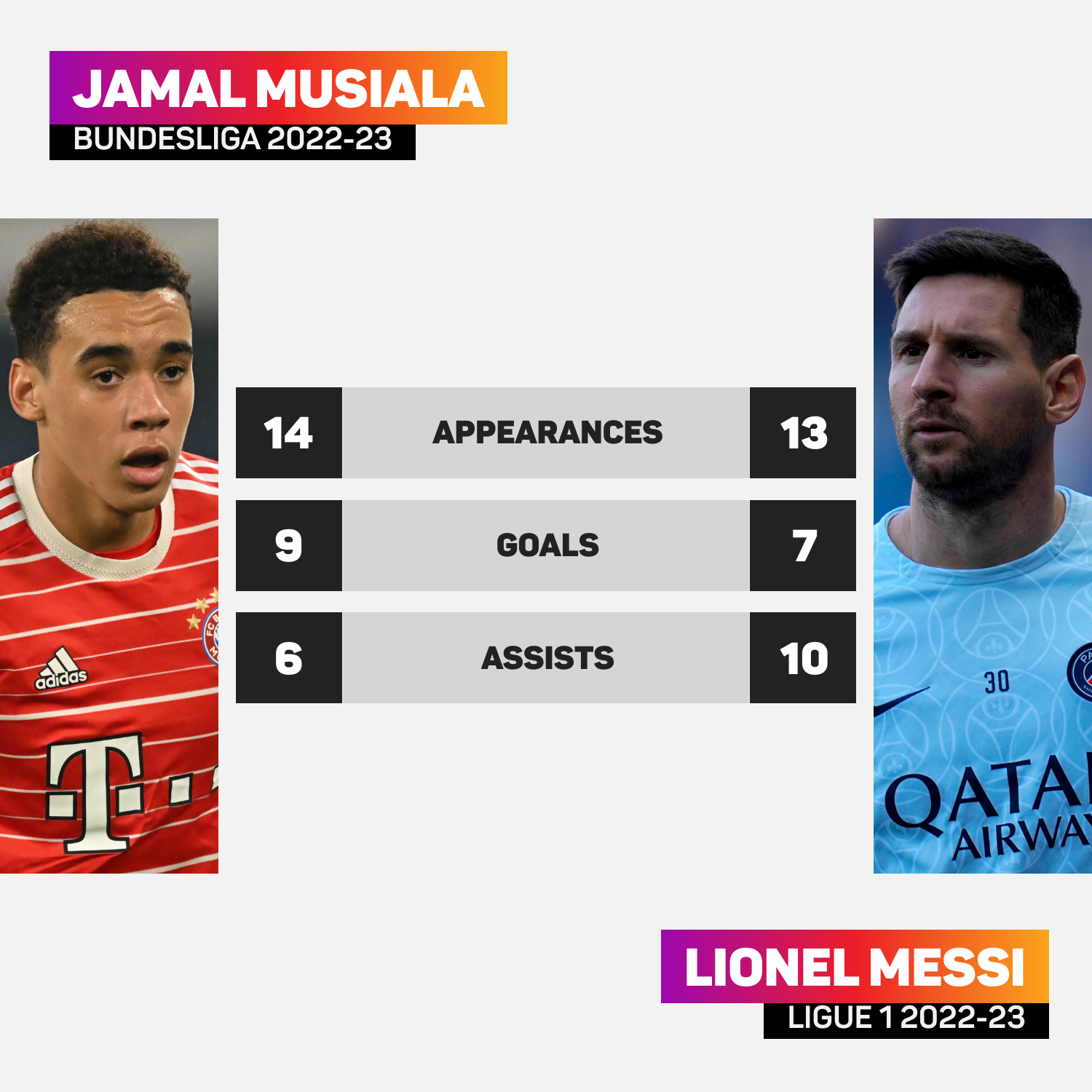 Die Mannschaft team-mate Niklas Sule, who was part of the side that exited the group stage in Russia four years ago, hopes Musiala can maintain his solid form at the finals.

"I much prefer to play alongside him, instead of against him. But, I also know how to defend against him," the Borussia Dortmund defender laughed.

"We played a friendly [against Bayern's under-19s side] one time, and you could already see what an exceptional talent he is. He then deservedly moved up to the first team.

"I don't want to praise him too much, because I don't want him to get too full of himself. But, I’m not worried that that will happen. I hope that his strong form at Bayern will carry over to this tournament."