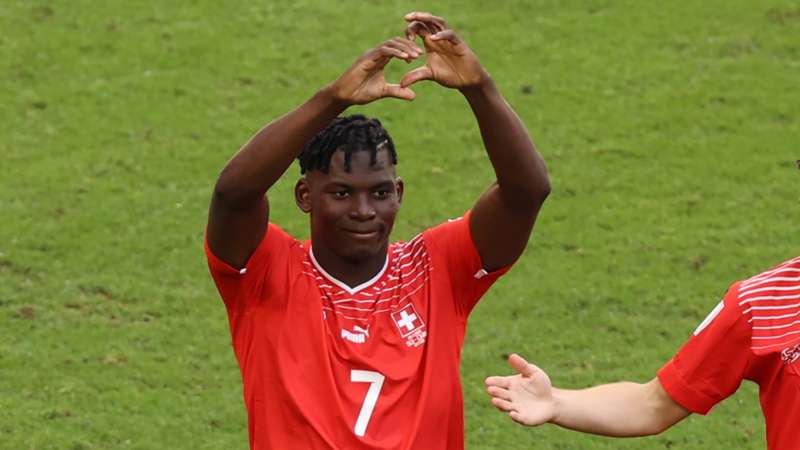 Breel Embolo scored the winner against his birth nation as Switzerland beat Cameroon 1-0 at Al Janoub Stadium in their World Cup Group G opener on Thursday.

The Indomitable Lions had the better of the first half and kept Yann Sommer relatively busy in the Switzerland net, though there were a couple of warning signs for Cameroon just before the break.

Embolo had been involved in one of those incidents and was fittingly the man to break the deadlock in the 48th minute, with Switzerland ultimately good value for the win after an effective second-half display.

Cameroon began with the greater purpose and should have scored 10 minutes in as Bryan Mbeumo blasted at Sommer and Karl Toko Ekambi inexplicably blasted over on the rebound.

Switzerland finished the half stronger, however, and only a last-ditch Jean-Charles Castelletto tackle prevented Embolo a certain goal before Manuel Akanji nodded just wide in stoppage time.

But there was no denying Embolo just after the break as the Monaco forward swept home from Xherdan Shaqiri's low right-wing cross.

Andre Onana kept Cameroon in the contest just past the hour with a fine stop to thwart Ruben Vargas, but Rigobert Song's men were unable to capitalise at the other end.

What does it mean? Vital win for Switzerland as things only get tougher from here

With Brazil and Serbia to come, it was essential Switzerland came through this with a positive result – and that they did.

It certainly was not a vintage performance from a side Yakin called "one of the best Swiss national teams that have ever existed", but in the second half they often played with real fluency.

Switzerland are one of only three European teams to reach the knockout stages in each of the past four major international tournaments, and this was a big step to continuing that streak in Qatar.

Shaqiri dependable as ever

He may not carry quite the same influence over Switzerland's general play as he once did, but Shaqiri just always seems to deliver for his national team. His cross, cleverly pulled back slightly, gave Embolo an easy finish for the winner, giving the experienced winger his 12th goal involvement for the Swiss over the last four major tournaments, exactly 50 per cent of their total.

He was full of running and endeavour, but this was largely a frustrating display from the left winger. Although his two chances created was a high for Switzerland, he wasted two glorious opportunities: one saw him slice a cross over the goal with Granit Xhaka awaiting a tap-in, and the second involved him failing to beat Onana from close range.

Switzerland face the ultimate test when they tussle with Brazil on Monday. Cameroon will play Serbia the same day.