'That one is for you Finlay!' – Grealish dedicates England goal celebration to young fan 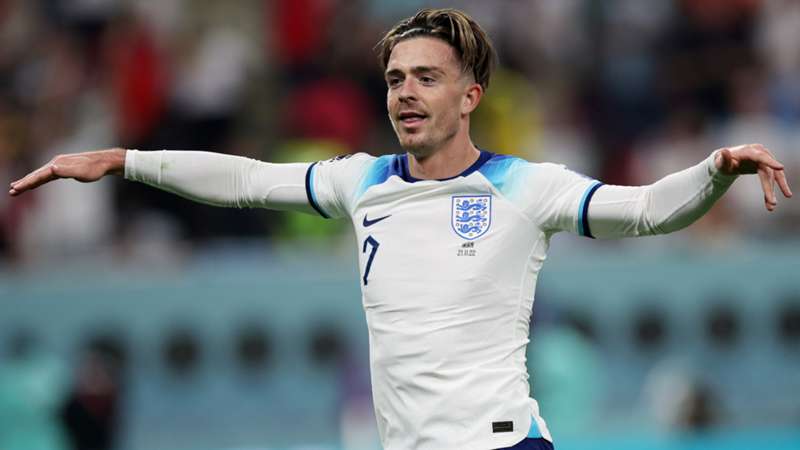 Jack Grealish dedicated his goal celebration in England's rampant 6-2 thrashing of Iran in their World Cup opener to a young fan.

The Manchester City man's dance after scoring caught the attention of fans and he explained after the match it was for 11-year-old City supporter Finlay, who has cerebral palsy, the same condition as Grealish's sister.

In a letter to Grealish earlier this year, Finlay said it would be a "dream" to meet him, and when the two did meet, the 27-year-old promised to dedicate his next goal to Finlay.

Grealish told BBC after his strike and celebration against Iran: "I met young Finlay before, about a month ago, and got on really well with him obviously having cerebral palsy like my little sister.

"He asked me to do a celebration for him and luckily for him, it came at the World Cup. That's what it's all about.

"For me, it's just doing a celebration but for him, that'll mean the world to him I'm sure, especially at the World Cup. Finlay, that one is for you."

Southgate praised Grealish after the game, telling reporters: "He's a lovely human being. He obviously has a situation with his own sister and that would mean that he's very aware of the power he can have.

"He's a kind person, so we're very fortunate. We work with a group of players who have a hunger to play, they're a pleasure to work with."