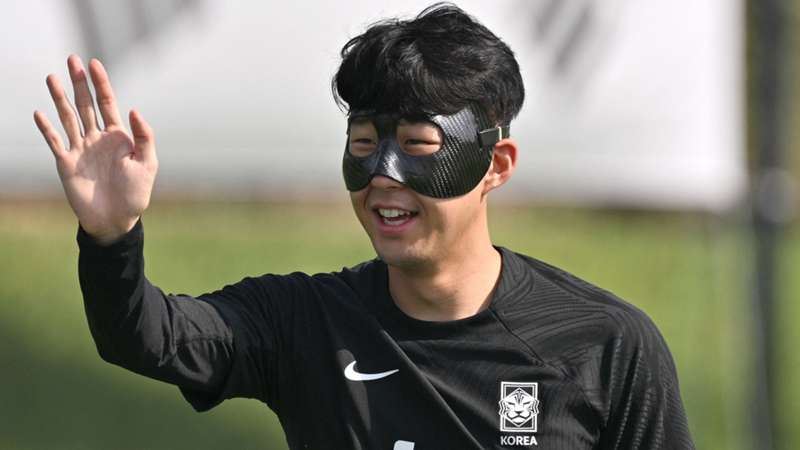 A fractured eye socket injury came as a jolt to 30-year-old Son ahead of the World Cup, but he was fit enough to be selected by coach Paulo Bento.

Now, Son is set to lead the South Korea attack, almost certainly in the face mask he has been wearing in training, with his world-class ability set to pose a threat to Uruguay's rearguard.

Rochet said: "You are prepared for everything, not only for Son. We know that the best players are in the national teams. He has shown that he is at a very high level and one has been looking at him for a long time, studying him, respecting him, but trusting in what one does.

"One thinks that he is going to play. He does not worry me anymore. If he is not there, another one will enter in his place and he will be good, too."

Winners of the first-ever #FIFAWorldCup are in town @Uruguay | #Qatar2022 pic.twitter.com/20RiufYpkp

Uruguay must also face Portugal and Ghana in Group H, with Rochet facing a challenge of keeping out the likes of Cristiano Ronaldo and Inaki Williams.

Much has been made of Uruguay's attacking strengths, with the likes of Darwin Nunez and veterans Luis Suarez and Edinson Cavani in their ranks.

Rochet, however, says the defence is also of a high calibre as the two-time champions plot a deep run, saying: "We are all at a very good level, and whoever has to play will do so in the best way."