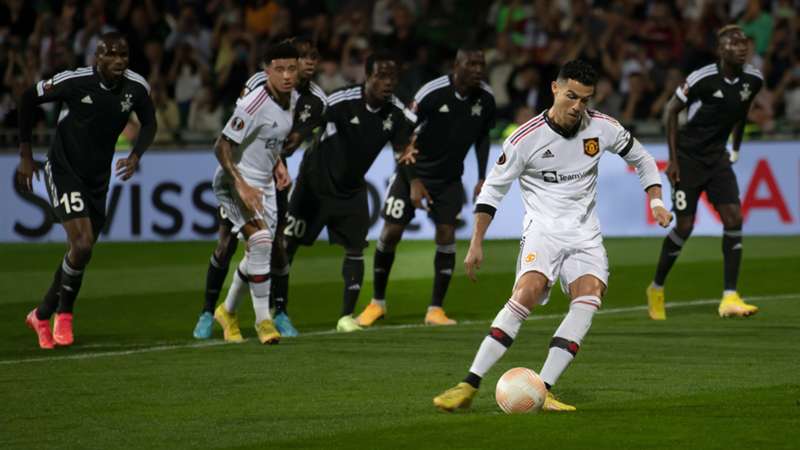 Cristiano Ronaldo scored his first goal of the season as Manchester United got their Europa League campaign up and running with a 2-0 win at Sheriff on Thursday.

Having moved onto 699 club goals with his spot-kick, Ronaldo missed a chance to reach the 700 milestone after the break, but United produced a controlled performance to see out the victory.

Although Sheriff started well, United took the lead with their first real attack 17 minutes in when Sancho turned on Christian Eriksen's pass and tucked a neat finish into the bottom-right corner.

United were soon gifted an opportunity to double their lead by Patrick Kpozo, who was tempted into a foul by Diogo Dalot.

Ronaldo, who has had to settle for a substitute role in United's last four Premier League matches, lashed his penalty straight down the middle.

Radeljic was again on hand to clear as Ronaldo attacked the back post after the break, before Rasheed Akanbi almost caught De Gea out with a sumptuous lob from long range.

Ronaldo side-footed wide of the top-right corner from 18 yards out as a chance for his 700th club goal went begging, though United had little trouble in sealing a fifth win in their last six outings.