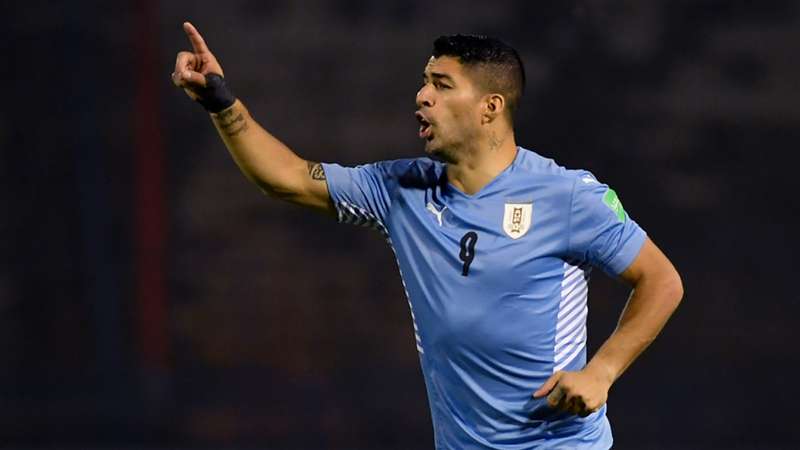 Luis Suarez believes Uruguay have enough quality in their squad to win the World Cup.

They will face South Korea, Portugal and Ghana in Group H in Qatar, where Suarez could appear at a fourth successive edition of the tournament.

Suarez, who re-joined Nacional in July but is to leave when his short-term contract expires in November, believes the emergence of new Uruguayan talents offers hope of a third World Cup title for the Celeste.

Asked about burgeoning expectations, Suarez said: "This is generated by Pajarito [Federico Valverde], Darwin [Nunez], Ronald [Araujo] and Rodri [Bentancur]. Players at the top level in Europe generate this.

"This is a prize for the work that our country does. Uruguay will always try and compete at the World Cup at their maximum. To try to go as far as possible and why not to be the champions? Because we have players for this.

"Even though we know the difficulty that each game at a World Cup represents, we always have a real belief."

Suarez is Uruguay's all-time top goalscorer with 68 goals in 132 caps, while only Diego Godin (159), Edinson Cavani and Fernando Muslera (both 133) have appeared more often for the side.

The former Liverpool and Barcelona striker starred as Uruguay reached the World Cup semi-finals in 2010, albeit famously being red-carded for a goal-saving handball against Ghana in the quarters.

He has described the prospect of playing at a fourth tournament as a source of major satisfaction.

"It makes you feel proud to have the chance to be able to play a fourth consecutive World Cup," Suarez said.

"It is a pride for our country and also my own pride that I have always fought and put in good performances in the national team."