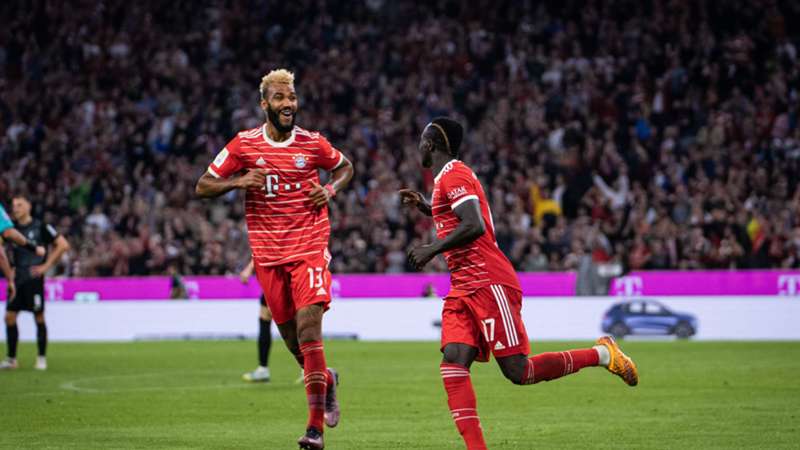 Cameroon forward Eric Maxim Choupo-Moting is sad for Senegal, Africa and Sadio Mane after his Bayern Munich team-mate was ruled out of the World Cup.

But the former Liverpool forward saw his World Cup dreams shattered last Thursday as Senegal confirmed surgery would be required for the 30-year-old's fibula issue, thus ruling him out of the tournament.

Choupo-Moting and Cameroon face Switzerland in Thursday's Group G opener but much of the striker's focus appeared to be with team-mate Mane.

"I'm very sad for him, and for both Senegal and for Africa. He's a great player and a great person as well," Choupo-Moting said on Tuesday.

"I'm very happy that he joined us at Bayern. I'm very, very upset and sad for him that this injury came just before the World Cup.

"Injuries are always part of the game, unfortunately, I don't know why it came at the wrong moment but we are all with him.

"He's a positive guy who will keep his positive energy. I hope he will come back stronger."

Cameroon have lost their last seven games at the World Cup (between 2002 and 2014), with only Mexico losing more consecutive outings at FIFA's top tournament, nine from 1930 to 1958.

But Rigobert Song's side impressed with 14 goals at the Africa Cup of Nations, five more than any other team, and the most at the competition since Egypt in 2010 (15).

Choupo-Moting has also managed a talismanic nine goals in 14 games for Bayern and he expects his hard work to pay dividends for Cameroon in Qatar.

"There's no secret, it's work; you have to work and believe in yourself," he added. "I know my qualities. I know I have a lot of qualities and with my team-mates, each one can make a difference.

"There is always this pressure, every game is important and Cameroon expects us to win every game. We concentrate game after game. First, it's Switzerland and then we'll see."