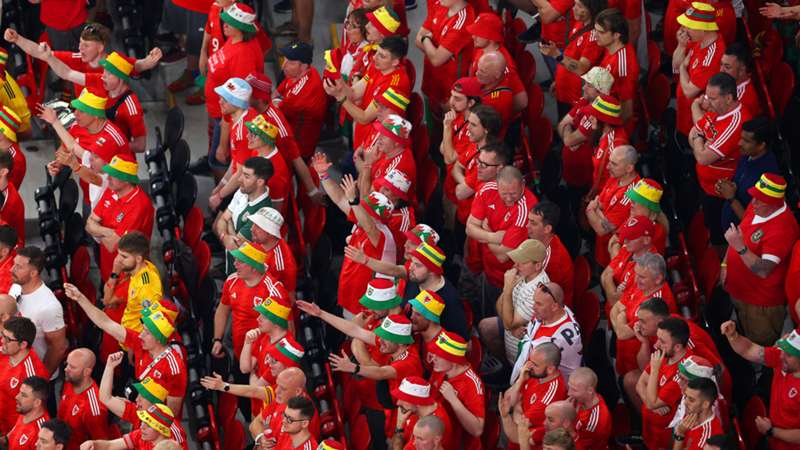 Wales football chiefs are demanding answers from FIFA after fans were told to remove and discard rainbow-coloured hats before going into the World Cup game against the United States.

The Wales team's LGBTQ+ supporters group, known as the Rainbow Wall, has representation in Qatar, and its bucket hats were being worn by a number of fans arriving at the Ahmad Bin Ali Stadium on Monday.

The Football Association of Wales (FAW) said it had played a part in the Rainbow Wall bucket hats being created and was "extremely disappointed" female fans were instructed to give up the items.

In a statement issued on Tuesday, the FAW said: "The FAW has collated information on these alleged incidents and will be addressing this matter directly with FIFA today."

Former Wales footballer Laura McAllister was among those affected and told the BBC the security was "pretty heavy-handed", although she "snuck" her hat into the stadium.

The FAW has itself faced criticism from the Rainbow Wall group after backing down in the face of FIFA opposition to captain Gareth Bale wearing a 'OneLove' armband during the USA game.

Fearing Bale might be yellow-carded for wearing the armband, which would have been in defiance of instruction from tournament organisers, Wales opted against taking the planned stance.

The 'OneLove' gesture in Qatar was intended as a show of solidarity with the LGBTQ+ community, in a country where same-sex sexual activity is criminalised.

Wales were among seven European teams that had planned to field their captain in the armband before jointly electing not to do so after being made aware of possible ramifications from world governing body FIFA.

We Reflect on Yesterday’s events at the #FIFAWorldCup regarding Armbands & Bucket Hats #TogetherStronger | #WeBelong pic.twitter.com/Pg57vzVEOa

In a statement, the group added: "Later in the day we were appalled to see Rainbow Wall bucket hats confiscated by security from female fans as they entered the stadium for the USA v Wales game.

"Allyship sometimes means having uncomfortable conversations and standing up for what you believe in. We hope the FAW will be able to make an alternative and meaningful show of solidarity for LGBTIQ+ people over the coming weeks in Qatar."