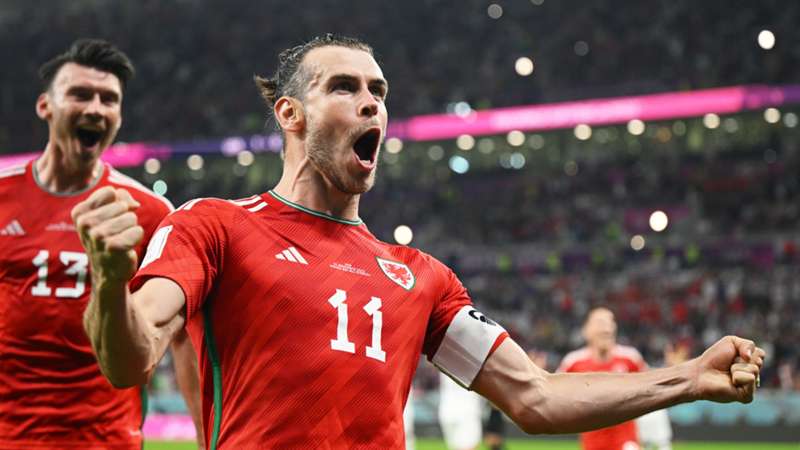 Gareth Bale says it is "incredible" to be a World Cup goalscorer but admits he would trade his strike for three points after earning a late 1-1 draw against the United States.

The Wales captain rescued a point for his side with his 82nd-minute penalty after he was fouled by Walker Zimmerman, cancelling out Timothy Weah's first-half opener in Qatar.

It meant the spoils were shared at Ahmad bin Ali Stadium in Al Rayyan, with Rob Page's side picking up a point in their first World Cup match since 1958, to sit joint-second in Group B.

Speaking afterwards, Bale – who now has 41 goals in 109 appearances for his country – acknowledged he was always going to take the crucial spot-kick, but says he would have rather not scored and still won.

"[It is] incredible. But I'd rather have had the three points, to be honest. [It was] not a good first half. They played really well and we were poor.

"But a great talk by the manager at half-time changed a few things around and the boys came out fighting, like we always do. It showed character, we will go again."

Having struggled with fitness issues over the past year, including limited game-time at club level with Los Angeles FC, there were question marks over how much involvement Bale would have against the USA.

But the former Real Madrid forward played the full match, including a lengthy helping of additional time in the second half, which left him bemused.

"I was a little bit tired towards the end," he added. "I can't believe it was nine minutes added on – I don't know where that came from. But we have to dig deep for our country."

Ben Davies had little doubt Bale would succeed from the penalty spot, while the Wales defender looked ahead to Friday's clash with Iran, who were smashed 6-2 by England earlier on Monday.

"We had faith in Gareth, of course, he's our penalty taker and we wouldn't have it any other way," Tottenham centre-back Davies said.

"England played well today, so we won't underestimate Iran, we know it will be a tough game for sure."