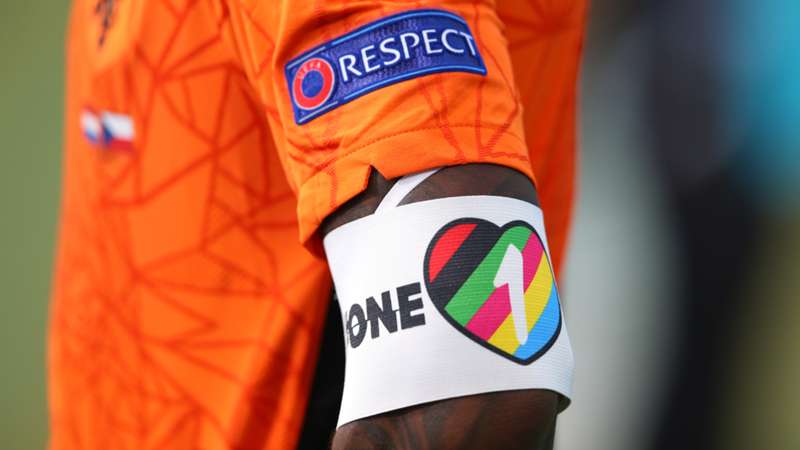 Captains of several leading European nations are set to defy FIFA and wear OneLove armbands at the World Cup.

FIFA attempted to shift the narrative on Saturday - a day before the opening game between the hosts and Ecuador - by launching a collection of armbands across a range of social issues with a different subject for each stage, including 'Save the Planet' and 'Bring the Moves'.

However, the football director of the Danish Football Union Peter Moller said Denmark skipper Simon Kjaer will continue to support OneLove and claimed to have the backing of several UEFA teams.

He said: "The plan is to go on the pitch with the rainbow captain's armband.

"The intention has always been to play with the armband that we did against Croatia and France in the Nations League. We want to play with that armband."

Moller accepted that could result in the DBU being sanctioned by FIFA, but was happy to stand by the decision, adding: "Will we get a penalty for it? I have no idea.

"We may be wiser when some of the other countries have played before us.

"Through dialogue with other federations - including England, Germany, Belgium and the Netherlands - we have chosen to go in this direction."

FIFA has teamed up with @UNESCO , @WFP and @WHO to harness the power of football and spread positive messages globally, with each round of matches at the @FIFAWorldCup having a dedicated campaign to maximise reach and impact. #FootballUnitesTheWorld

He added: "We will certainly co-ordinate with the other nations again, because it is also important that there is not only one voice from Germany, but also the voices of several countries from Europe.

"And we assume that we can continue to wear the armband."

Asked why FIFA insisted on introducing their own set of armbands, president Gianni Infantino said: "We have clear regulations on armbands.

"We have engaged in campaigns on different topics, campaigns which are universal. We need to find topics that everyone can adhere to. This is an important element for us."