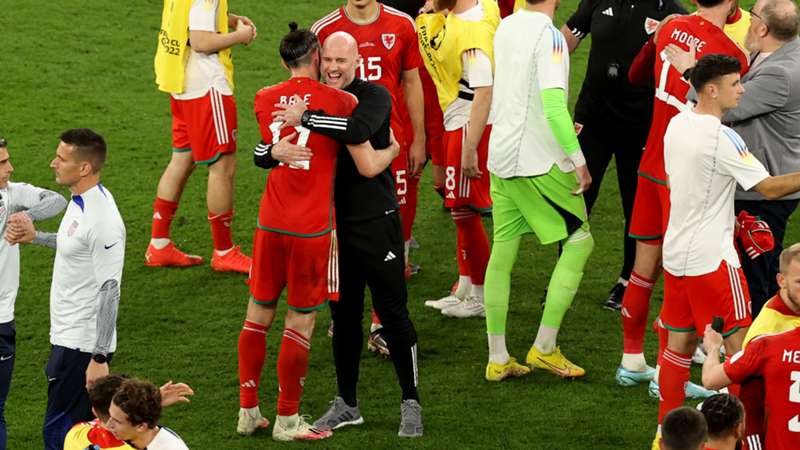 Wales manager Rob Page was relieved to gain an "important point" in their World Cup opener against the United States, and praised Gareth Bale's intelligence in winning a second-half penalty.

The 1-1 draw leaves both two points behind England after the first games in Group B in Qatar after the Three Lions beat Iran 6-2 earlier on Monday, but Page was happy enough with a point and suggested his team were the ones who could have won it late on.

"It was a really important point for us," he told reporters at his post-match press conference. "I thought for the last 10 minutes if anybody was going to go on to get the winner it was going to be us as well."

Bale's penalty made him just the fourth player to score a World Cup goal for Wales after John Charles, Ivor Allchurch (two) and Terry Medwin, all in their 1958 campaign.

The Los Angeles FC forward had an otherwise quiet game, but once again stepped up when his country needed him, winning the penalty when he got across USA defender Walker Zimmerman and drew the foul.

"We've sort of evolved Gareth's position, put it that way," Page explained about his star player. "He can still play out wide, of course he can, but I like to give him the freedom to come inside and play off a frontman.

"He's very good at finding those spaces, he's intelligent, he's got a wise head, so he puts himself in those positions in the box to be able to get us penalties, and defenders commit to making tackles, and if they don't get their timing right in the box, inevitably it's a penalty."

Welsh full-back Neco Williams played 79 minutes at the Ahmad bin Ali Stadium and was visibly emotional at full-time, later revealing he had only found out last night that his grandad had passed away.

Williams posted on Twitter after the game: "Yesterday was the toughest news I've ever had to face and that was listening to my mum tell me my grandad past away last night.

"To go from crying all day to start in a World Cup game was extremely tough but I got through it from the support of my team-mates and family."

Wales face Iran in their second Group B game on Friday.

Yesterday was the toughest news I’ve ever had to face and that was listening to my mum tell me my grandad past away last night to go from crying all day to start in a World Cup game was extremely tough but I got through it from the support of my team mates and family pic.twitter.com/3pcxl0C3Qc