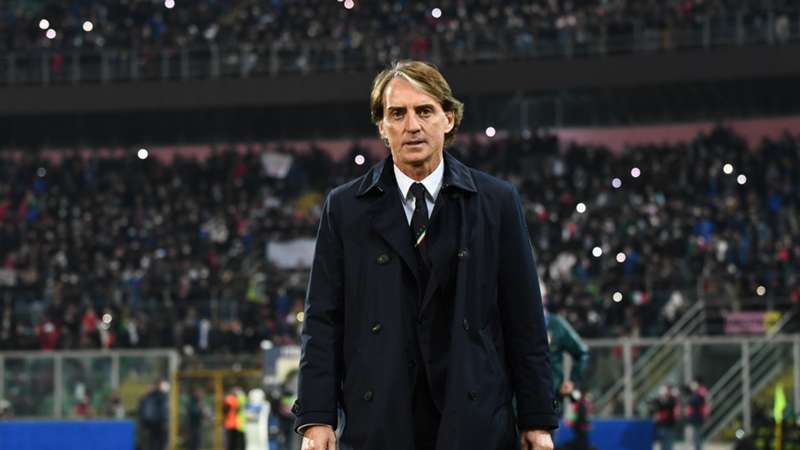 Roberto Mancini claims Italy are unfortunate not to be at the World Cup, labelling their defeat in qualifying to North Macedonia as "absurd".

It meant Italy would not be present at this year's World Cup, which begins in Qatar on Sunday, but head coach Mancini has dismissed what was perceived as a significant failure from his team to get past comparative underdogs who they will also face in Euro 2024 qualifying.

"The match against Macedonia was an absurd match, which I believe happens once every 100 years and, unfortunately, it happened to us," Mancini said at a press conference on Tuesday.

"It will be a difficult month for us. In the bitterness we may feel at the moment, games have to be played, there are things to see and evaluate."

Italy will play friendlies against Albania and Austria on Wednesday and Sunday as they look ahead to Euro 2024 qualifying, where from March 2023 they will also face England, Ukraine and Malta in Group C.

"It's a pretty tough group, but there aren't any easy groups," Mancini said. "We'll have England right away and then we'll see, but we'll have to fight."

Mancini is one game away from equalling Marcello Lippi and Cesare Prandelli by taking charge of Italy for a 56th time, with only Vittorio Pozzo (95) and Enzo Bearzot (88) having led the team more often.

"I am pleased to join Marcello, who was a great coach, and Cesare," Mancini said. "We hope to do more even if it is long enough to get to the next two."