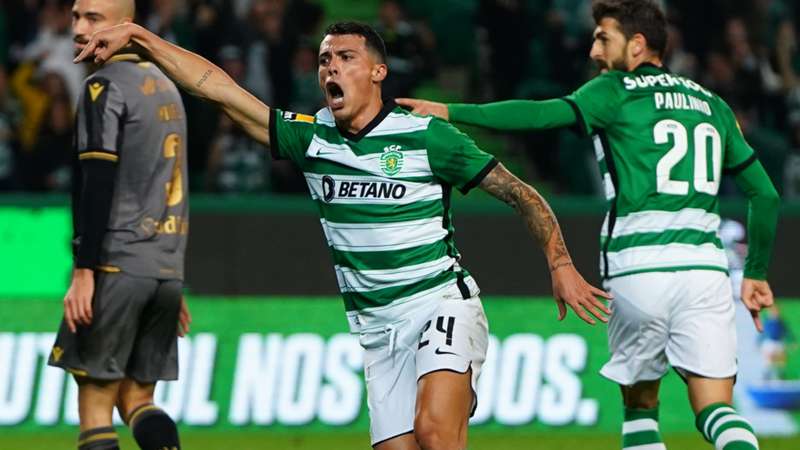 Tottenham are reportedly interested in Sporting right-back Pedro Porro, and could launch a move as soon as January for the Spain international.

He never played a game for the Premier League champions, spending a season on loan with Real Valladolid before two further campaigns on loan to Sporting, with the Portuguese club eventually agreeing to make his move permanent earlier this year for £7m.

That has proven to be a masterstroke, as he has contributed four assists in 10 Primeira Liga games, and apparently caught the eye of Antonio Conte when starting in a 2-0 home Champions League victory over Spurs.

According to Portugal's Jornal de Noticias, Tottenham are joined by Spanish giants Real Madrid, Barcelona and Atletico Madrid in the chase for Porro, who made his senior international debut for Spain last year.

He remains under contract with Sporting until 2025, but reportedly has a €45m release clause that could force their hand.

Currently 12 points adrift of Primeira Liga leaders Benfica, Sporting may choose to ride out the rest of the season with their breakthrough talent, but the report claims they will listen to offers "close to" Porro's release clause in January.

- According to Sport, Barcelona are investigating a potential move for 20-year-old centre-back Josko Gvardiol, who RB Leipzig reportedly rejected a €90m bid for in the offseason from Chelsea.

- The Guardian report that Liverpool and Juventus are monitoring Chelsea's Mason Mount as the 23-year-old's contract negotiations continue to stall.

- Football Insider believes Borussia Dortmund may be open to a January move from Liverpool for Jude Bellingham.

- According to The Athletic, Shakhtar Donetsk are demanding €100m for 21-year-old Paris Saint-Germain, Arsenal and City target Mykhailo Mudryk.

- ESPN is reporting Fulham, Bayer Leverkusen and Villarreal will make a run at 31-year-old Arsenal full-back Cedric Soares in January.